Well it was the video that never was premiered that most of us got to see! The official premiere was cancelled, an official statement on the Irish Independent website saying the video wasn't quite finished. Then a friend sends me a copy of the video, huh? And I look online and it's all over the place, as fast as it gets pulled from one site it appears on another.

The eagle eyed fans amongst us noticed that on a few clips there are Getty Images watermarks, was that why it wasn't released, copyright restrictions? Who messed up there? Then other people noticed, shock, horror, an uncovered nipple, maybe that was why it bit the dust? Of course it could also be one of their now famous "leaks," just that this time it was video instead of music. We'll probably never know, but whatever the reason it was a big mess. You don't expect something like this to happen with a band like U2.

Having said that I LOVE the video! You could watch it a hundred times and still see something new. I love the colours, the Hubble-like images at the beginning, it's artsy, clever, without being pretentious and celebrates women in all their guises (which is what Bono said the song is about though I'd never have guessed!). The band look great, especially Bono without his shirt!! Here are a few screen captures. 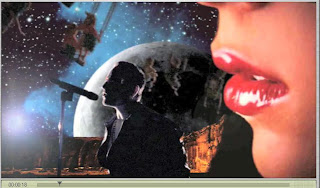 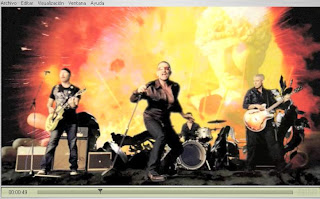 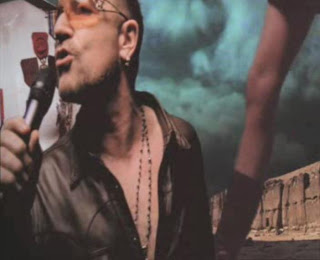 Email ThisBlogThis!Share to TwitterShare to FacebookShare to Pinterest
Labels: Bono, Get On Your Boots Video, U2