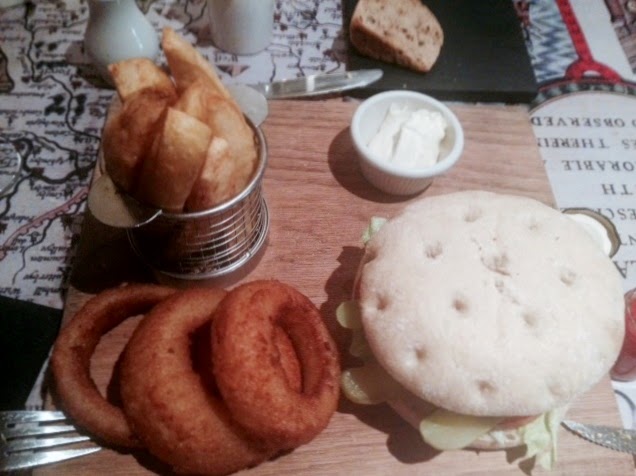 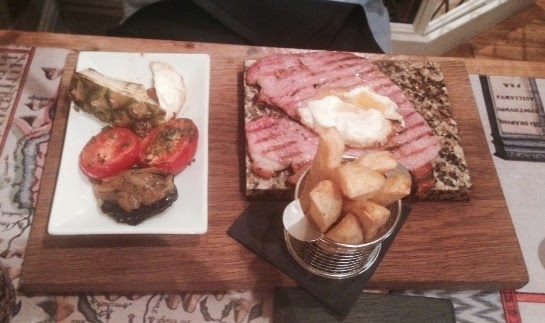 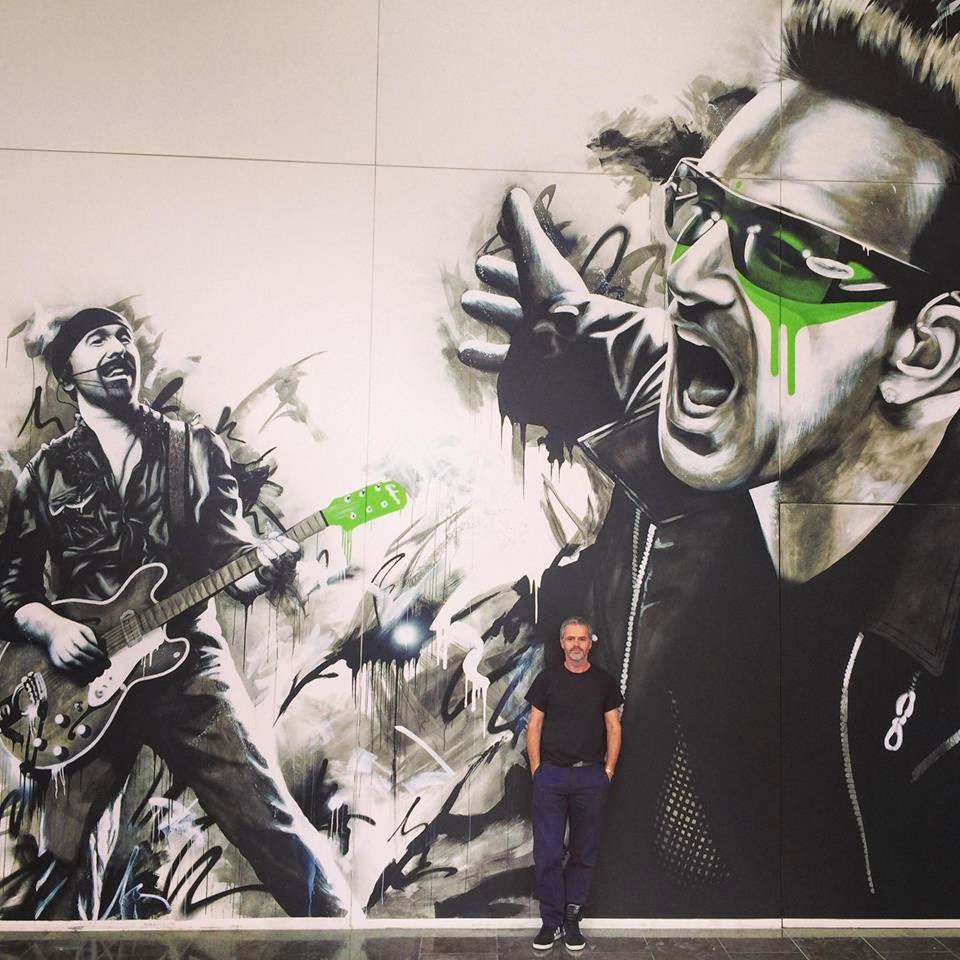 On Facebook today I came across this mural created by the Irish artist Fin Dac in the Gibson Hotel in Dublin. It is pretty amazing, full of energy and movement and what a scale. This photo shows the artist beside the painting and shows how huge it is.

Fin was self taught and originally hails from Cork but is mainly based in London and has created works all over the world. You can view more of his art here and there is a short article about him here. It looks like a visit to the Gibson Hotel is definitely on the cards on my next Dublin visit!
Posted by Sue Fell at 23:36 No comments:

The Plough Inn is a place I have been going to for years, it is a country pub, with a warm ambiance and excellent food. Recently I heard that the pub had been taken over by new owners and tonight my cousin Glen and I went there for a meal - this was their first night serving meals. I must admit we were both a bit worried that it would not be as good as it had been previously.

The pub itself looks exactly the same, traditional with a modern twist and a pleasant atmosphere. The menu was much more extensive, but that's not always a good thing, it's easy to over-extend in this business. The menu told us that the chef was from the Seychelles and had 22 years experience.

We shared a pate starter, the pate was homemade and lovely. For our main courses Glen chose a chicken curry and I went for the duck marinated in cinnamon, honey and lime with mash, veg and red wine and red currant gravy.  My duck was tender with little fat and the subtle flavours were delicious and were like none I'd experienced with duck before. Glen loved her curry, in fact she said it was the one of the best curries she had ever had. Neither of us had room for a dessert!

The chef, Winston, came out to speak to everyone, he was very pleasant and seemed happy that we had enjoyed his food so much. Later one of the owners, Jane, came across to speak to us. She said that the pub would serve food  Wednesday-Sunday. Monday they would be open for drinks and homemade burgers and a quiz night. Tuesdays again it would be drinks with a live music night. So it sounds like there will be a good variety of events at the pub in the future.  I thought it was really nice personal touch that the chef and owner came out to talk with the clients like that. There are also going to be special nights with a Seychelles buffet which sounds like it will be brilliant.

Judging by the fare tonight I know that we will be continuing to visit The Plough regularly and I have  no hesitation in recommending it.
Posted by Sue Fell at 21:38 No comments: