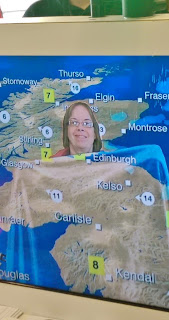 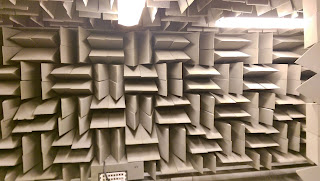 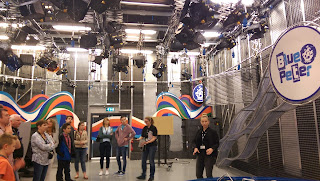 Tennessee Williams at Theatre by the Lake, Keswick, Cumbria

My friend Jayne and  recently went to the Theatre by the Lake in Keswick, Cumbria to see two plays by Tennessee Williams, Mr Paradise and Suddenly Last Summer. We liked the sound of all the plays being performed at the theatre this year but chose these because neither of us had seen a play by Williams before.

Mr Paradise was only re-discovered, along with some other Tennessee Williams one act plays, in 2000. A young woman comes to visit Anthony Paradise, who had written a small book of poems she found propping up a table in an antique shop. She read the book and was transfixed by the poems and just had to meet the author. The play consists mainly of two monologues, mainly about writing as an art, which portray the woman's boundless, youthful enthusiasm and the author's world weariness. The play was a good introduction to the main event.

Suddenly Last Summer is a powerful play about a dysfunctional family with secrets, power, control and mental illness. Violet Venable is an elderly widow, bitter and controlling who is trying to bribe (via funding for his hospital) Dr Cukrowicz (Dr Sugar) to perform a lobotomy on her niece Catherine, who she has put into a mental institution, and who she blames for the death or her son Sebastian. She will do anything to protect the reputation of her son and silence Catherine who knows the truth. The play is very powerful and disturbing,  and is basically a battle of wills between Mrs Venables and Catherine with the doctor trying to find out the truth. Initially Catherine seems fragile, domineered by the widow, but as she tells her story she becomes stronger and Mrs Venables weaker as she realises she cannot hide Sebastian's secret any longer. Catherine's role was played by Emily Tucker who really did a wonderful job in a role that could easily have become over the top, she played it to perfection.  I won't spoil it by saying what Sebastian's secret was and how the play finished.

Interestingly, the play has a strong auto-biographical content, Williams had diphtheria as a child and took a year to recover, and his mother was overbearingly protective of him. His sister Rose had schizophrenia and in the 1940's had a lobotomy (which was an accepted treatment at that time) that had disastrous results and she required care in an institution for the rest of her life.

I found the play enthralling, disturbing and riveting. It was performed in the studio and we sat in the front row and so were almost part of the scene being played so close to us. I can see why it is a one act play, any break would have totally spoiled the momentum, as the story was unfolding I felt drawn into it more and more. I would definitely see another play by Tennessee Williams and highly recommend this production of Suddenly Last Summer. It is in repertoire at the Theatre by the Lake until 4th November 2015.