Well regular readers of this blog know of my main addictions - good food, dachshunds and U2, but I do have another addiction, and that is Radley bags.  I'm not into designer gear normally, but I just love Radley, their bags are such good quality and often a bit quirky which appeals to me.  I was given a lovely red Radley by my workmates when I retired from nursing and I got another one at a bargain half price shortly afterwards as a treat to myself, I love them both.  Since then I haven't bought any simply because they are too expensive. 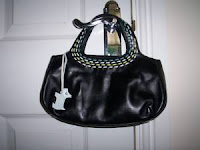 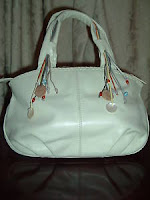 But after my naughty Dachsie Max ate the purse that came with one of my bags, someone said that I should look for another on Ebay.  I went there to look and I was hooked, hundreds of fabulous Radley bags, used and new, much cheaper than in the shops.  My first purchase was the gorgeous white, tasselled bag (pictured left) for £31.00.  Then, just yesterday I got a lovely black bag (pictured right) for only £24.00.  I really must stop buying now, I see bags I like every day on Ebay, but I need to keep the rest of my money for my upcoming holidays.  At least it's taken my mind off the upcoming U2 gigs for a while
Posted by Sue Fell at 20:49 No comments:

I've just been to see U23D again with my friend Dawn.  It is showing at the Rheged Centre in Cumbria, just 20 miles from where I live.  It's a year and a half since we last saw it in Manchester so we were ready to watch it once more.  It was so good to see it again, 3D is so realistic!  Great to hear Sometimes You Can't Make It On Your Own again, such a beautiful moving song, I must admit I had tears in my eyes as Bono sang it.  It would be great if that song re-appeared on the 360 Tour.   The Coexist blindfold part I still find cringeworthy, but that's all, the rest is brilliant and seeing it has really whetted my appetite for seeing the gigs in Germany soon!
Posted by Sue Fell at 19:49 No comments: 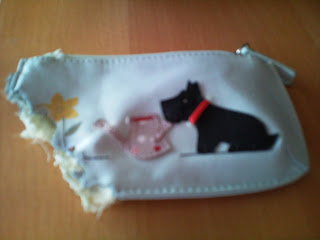 (My RADLEY purse!)
The Perpetrator 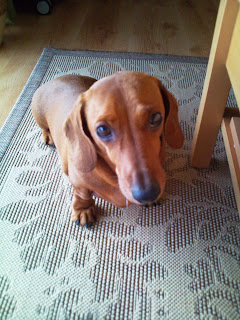 U2.com has announced that the European 2010 tour will go ahead as planned and has also published the 2011 North American tour dates.  They also made a lovely, light hearted video apologising for the postponments, looking forward to the tour and mentioning new songs, all good stuff to hear.  All of them seemed well, including Bono who said he had been. "Re-built by German engineering."  They don't say "vorsprung durch technik" for nothing Bono!  Watch the video at the end of this post.

Live Nation Entertainment announced today that the U2 360° tour dates in the US, which were recently postponed due to Bono’s emergency back surgery, have all been rescheduled for Spring/Summer 2011 with all tickets being valid at the rescheduled performances.

The 2010 European tour, which has not been affected, begins as scheduled on August 6th in Turin.


U2’s manager Paul McGuinness thanked fans for their ongoing support, “We’re delighted the dates are rescheduled and in all the same venues we originally planned to play. It hasn't been easy to accomplish this and I'd like to thank the managers of the many venues and sports teams across North America and Live Nation Global Touring for their help and cooperation in making this complex new plan possible. Above all we want to thank the U2 fans for bearing with us. They’re the best and the band wants to get back to where they belong, surrounded by their audience.”


The North American Tour rescheduled dates, are confirmed as follows:


Additional dates and cities to be confirmed. 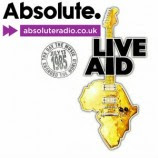 Well, he's still around!  Things have been quiet on the Bono front recently, let's hope he's been concentrating on getting better and writing lots of new music.  However, he did find time to do a podcast recently for Absolute Radio, nothing much that U2 fans haven't heard before really, but those of you who aren't fans might find it interesting.

Bono's Memories of Live Aid
Posted by Sue Fell at 15:25 No comments:

It's the 25th anniversary of Live Aid today.  Still now I can remember the horrific BBC news reports that shocked the world and inspired Live Aid.  It was the first of its kind, there have been many similar events since but none has had the same emotional impact.  The nurse who featured in one of the reports, Claire Bertschinger, recalls her expereinces here .  Live Aid did make a difference.

A whole new generation has grown up since the concerts and a couple of young men, not born when Live Aid happened, have made a film to commemorate the anniversary.  They spent two weeks in Ethiopia earlier this year and have made a film called Twenty 5 chronicling the country today, where there is a lot of hope and dynamism, though the famine is not forgotten.  It's good to s the next generation doing something like this.  Read about the film - premiered today - here Twenty 5

U2's performance was one of the highlights of the Wembley concert.  I was familiar with the band then and quite liked them, but this performance made me realise the band was special and I've been a true fan since that day.  Bad was the song that did it, Bono's performance was stunning, moving and inspired.  It was a brave song to perform, most people will never have heard it before, but it worked.  It caught up the emotions of that day, the pain, but also the hope.  Even now, everytime I hear Edge's opening notes to Bad shivers run down my spine.   Remember twenty five years ago today once more below.

I've got a little bird table in my garden and I have regulars who come to sample the fayre I put out.  I usually put out seed but the other day I couldn't get any so I got peanuts and put them out.  I'd only walked a few feet towards my front door when I heard the flap of wings and turned round to see my most regular visitor there, a grey and white pigeon who has become quite tame.  He spent a while inspecting the food before starting to eat it, and boy did he eat, he loves peanuts!  At first I didn't count, but then I started to count each nut he ate and it was only at his 89th peanut that he decided he'd had enough and flew off!  I was amazed he could actually take off!  He's been back since and has been duly christened (rather unimaginatively I know) Peanut.
Posted by Sue Fell at 18:49 No comments:

Email ThisBlogThis!Share to TwitterShare to FacebookShare to Pinterest
Labels: Pigeon

The excellent article linked to below will jog some memories for U2 fans who have been around long enough to have enjoyed the madness and fun of U2 of the 90's - it was a wonderful time to be a U2 fan.  Personally I prefer the Zoo TV/Zooropa tours, but all of the 90's tours were great over-the-top circuses where U2 tried to shake of the serious, earnest image of the 80's.  But amidst all the fun, TVs, screens, theatre and irony there were still many of those very special U2 moments which are very hard to describe in words, but U2 fans reading will know what I mean!

I got to know the author, Catherine, in the 90's too, and  it was wonderful to go down my (long) U2 memory lane as I read.  Click below to read the article.