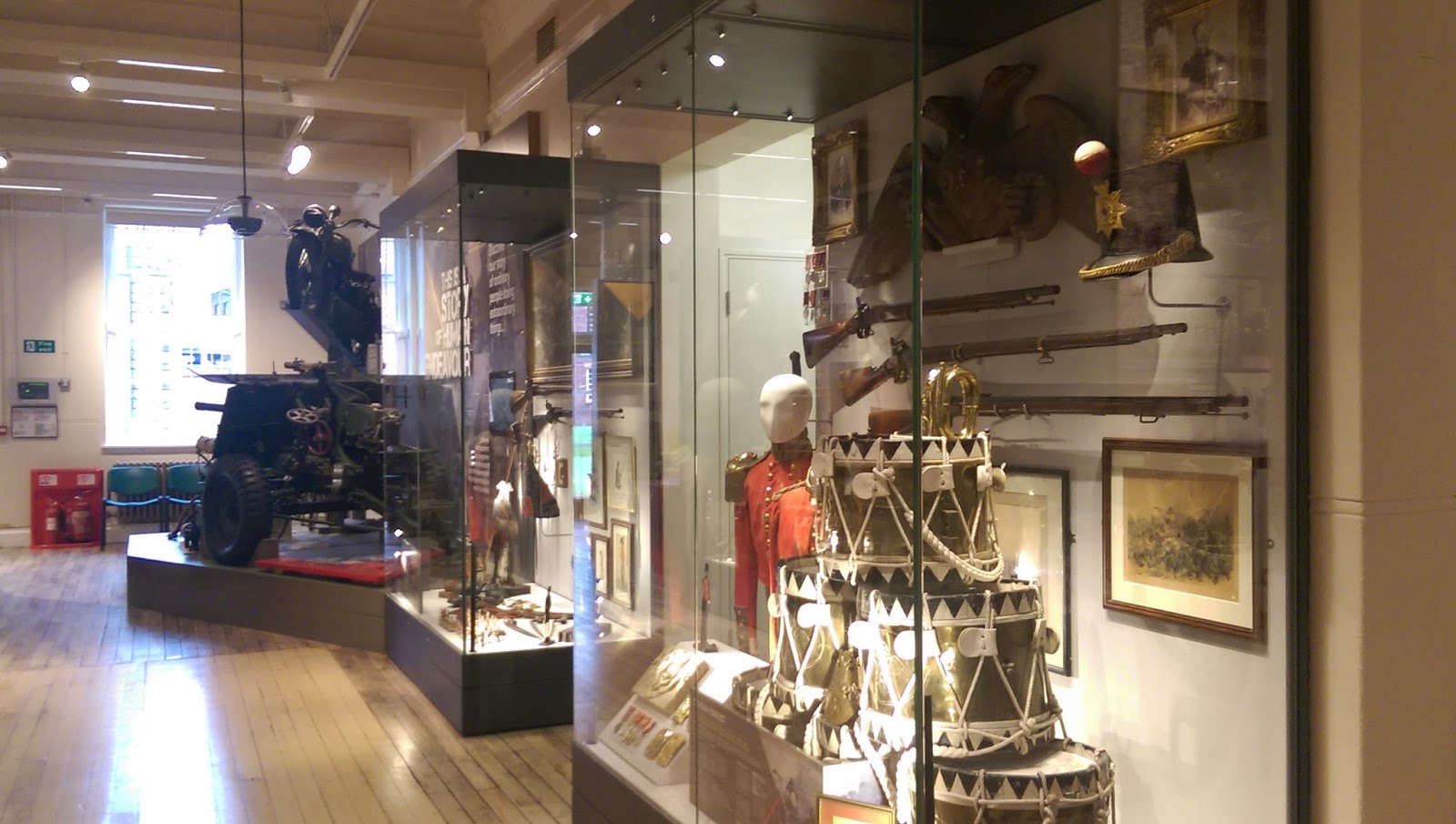 My cousin and I visited Cumbria's Museum of Military Life the other week, it was the first time I had been there and I was looking forward to visiting it.

The museum is in  the Alma block within the courtyard of Carlisle Castle. It is a small museum that cover the history of Cumbria's County Infantry Regiment and other military units from 1702 to the present day. It also looks at the social and military barracks of the castle inself, the regiment has had its headquarters there since 1873. 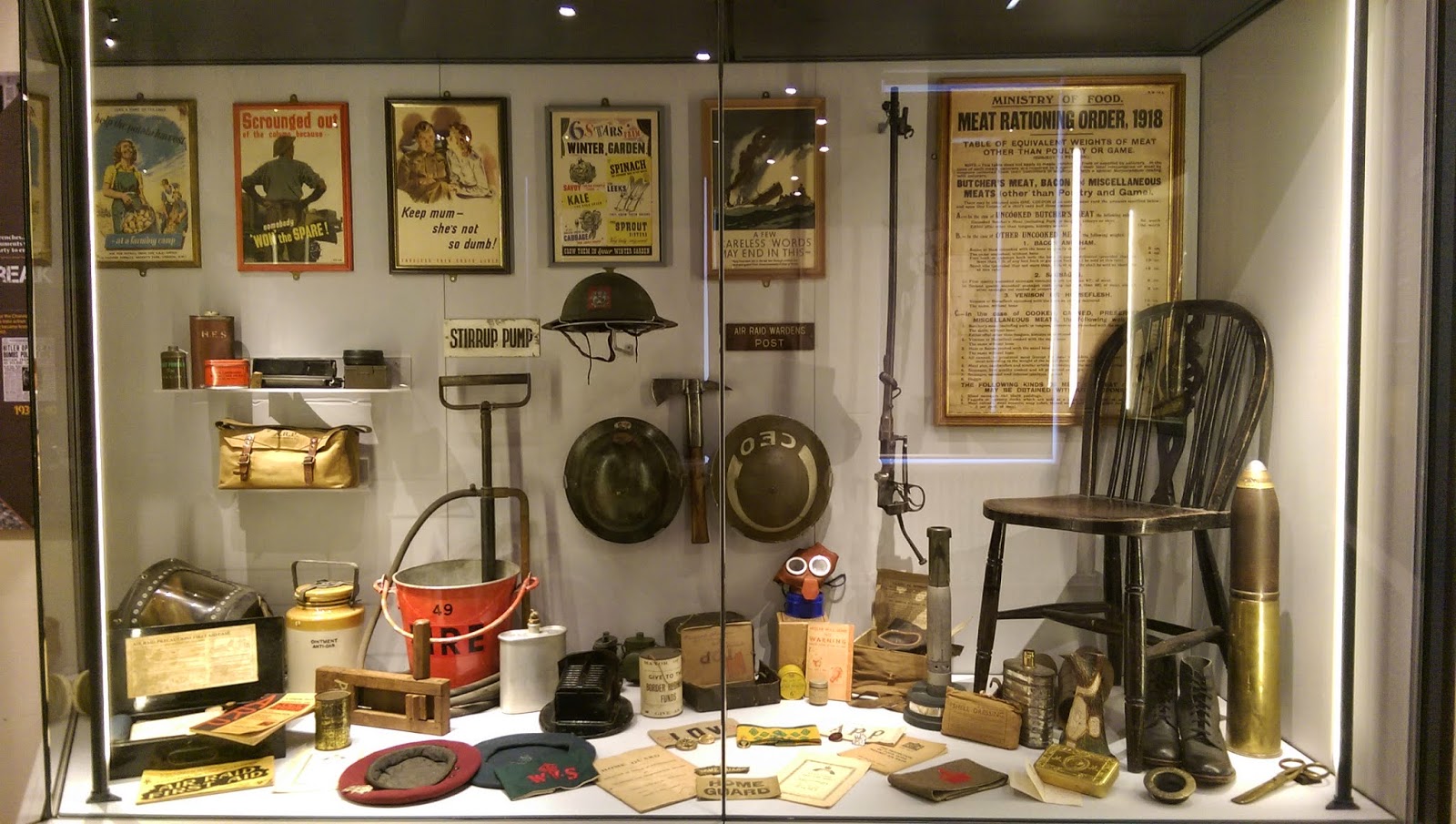 The museum is on one level and you pass through the eras of the military history starting with the earliest days. One thing that caught my eye was a photo of  men marching to war in Water Street, Wigton, I knew that there would be relatives of mine amongst those men and it was quite moving to see. There were uniforms, drums, medals, personal items, a reconstruction of a WW1 trench, photos and lots more from campaigns all around the world. I was surprised at just how many campaigns the regiment had been involved in.

The museum was well laid out and its staff were very friendly and helpful. There is a cafe, but we did not go there so I can't say what it was like. The museum is small but worth visiting as it is packed full of fascinating militaria. It also has a shop which had reasonably priced items for sale.

It is £4.00 entry and there are various concessions. It is open every day, though the hours vary according to the time of the year, check the website for full details.