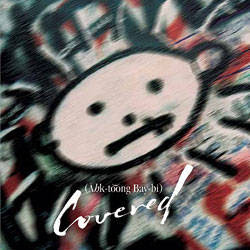 I wasn't sure about this when I first heard about it.  I tend to hate covers of U2 songs and I wasn't really looking forward to this CD covering the songs from Achtung Baby.  But on listening to the CD I was pleasantly surprised, it is generally a good album.  For those not in the UK and haven't got the CD yet many of the covers are on YouTube.

And, for your interest, the related interview in Q Magazine is fascinating, seems the band are thinking just what us fans are, U2 are at another turning point in their career.  A time of being unsure about their place, relevance and ability to reinvent once more.  The guys are going to have to do a lot of soul searching and work in the next year or two.

The best quote in the article is by the author describes Bono sitting in his seat on the plane as "Compact, stocky and squashed into his seat as he is, he looks like a gothic SpongeBob."  Bet Bono's never been described like that before LOL!

Below is my personal opinion on the songs after the first listen: